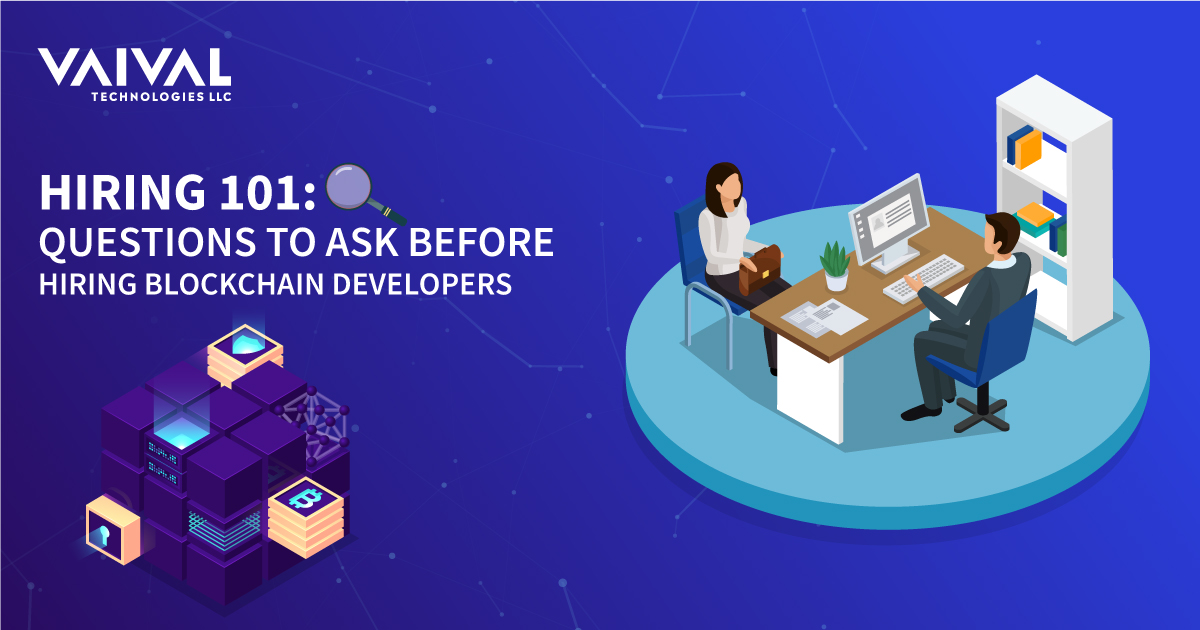 It’s 2021. The demand for blockchain developers is on an ever-high trend. Applications based on blockchain are widespread and decentralization is the name of the game.

If your business is looking to get into the blockchain before a niche becomes saturated, it needs to hire blockchain developers with the right skills. Onboarding a scarce resource is a task in itself, despite the size of the organization.

Whether it’s blockchain dev you’re looking for or a company that can provide you end-to-end services, read this guide before you proceed with your decision to hire blockchain developer.

Programming is one of the core functions you’re blockchain developer will be performing on a daily basis. Likewise, there is a need to ensure that they not only have a grasp on programming languages but also on basic concepts that will allow them to write clean and maintainable code, no matter what language or framework they might use. A blockchain developer worth their salt has a grasp on the following:

More than $270 billion in assets have been distributed in Blockchain transactions to date.

OOP (Object-Oriented Programming) Structure is based around the concept of objects arranged into classes, enabling every object to be grouped accordingly. Developers can modify code written in OOP-enabled languages much faster and efficiently.

A developer should be aware of basic syntax for the language they operate in. It goes without saying that without knowing proper syntax for basic languages, one cannot code.

This includes concepts such as conditional statements, logical operations, using libraries and packages, recursion, classes and objects, static functions, among others.

Multi-threading is a relatively newer concept and is based around the ability of a computer to run multiple processes (using its multiple-cores). This allows much more to be done in much lesser time. It is a skill a blockchain developer should possess so that things like multi-threading can be implemented in applications.

Multi-Threading is the ability of a CPU in a multi-core processor to run multiple threads or processes concurrently. So, a developer should understand the implementation of multi-threading in different types of applications.

Socket programming runs on a network to send messages across it. A client program makes a “socket object” to establish a connection to the server. When the connection is established, the server creates a socket to facilitate communication. 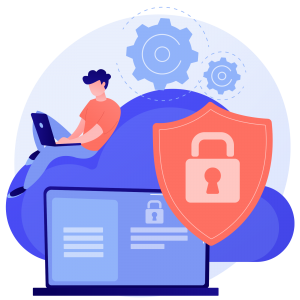 Blockchain has a heavy focus on implementing preexisting encryption standards for secure data transfer, you need to make sure that the blockchain dev you hire understands the basic tenets.

SHA (Secure Hashing Algorithm) is a family of algorithms designed to keep cybersecurity in mind. The purpose of these algorithms is to keep data safe.

Encryption involves converting plaintext into seemingly random text, known as ciphertext. While decryption is the process of reversing this (converting ciphertext into plaintext).

Encryption and decryption involve 2 keys known as the private key and public key. Everyone has access to the public one while the private key is unique and only its owner possesses it.

The relation between the keys is mathematically rooted, and only the private key can decrypt the data encrypted by the public key. Or vice versa.

There has been a sharp surge in demand for blockchain developers, in the past year, with a 517% increase, according to a job site.

This concept isn’t just restricted to hiring a blockchain developer, it also applies to all coding jobs. Whether it’s blockchain or full stack development, the candidate hired should understand all concepts of data structures. The following knowledge base serves as a starter:

A linked list is a collection of data structure connected to each other using memory addresses (via pointers). Every individual structure has 2 items inside: Data itself and the address to the next node in the linked list.

Does Your Developer Understand Basic Tenets of Blockchain

You’re hiring Blockchain developers. It only makes sense if they are fully aware of basic blockchain concepts as well. Some of these concepts include:

TLDR; Here’s What Your Blockchain Developers Will Be Doing Regularly:

Still on the hinge or want to know more about hiring a blockchain developer? Vaival Technologies LLC possesses a workforce that is perfectly capable of building and maintaining blockchain-based apps, for small startups or large enterprises. Reach out to our panel of blockchain experts today and start building your product.

Vaival is the partner of choice for entrepreneurs, SMEs and major corporations. We’ve helped many businesses enhance their services by via custom software development, design innovation and consultancy. We pride ourselves on excellence in customer experience and a revolutionary approach to solving IT issues facing businesses. There is no substitute for...Read More

Copyrights © 2021 by Vaival. All rights reserved.